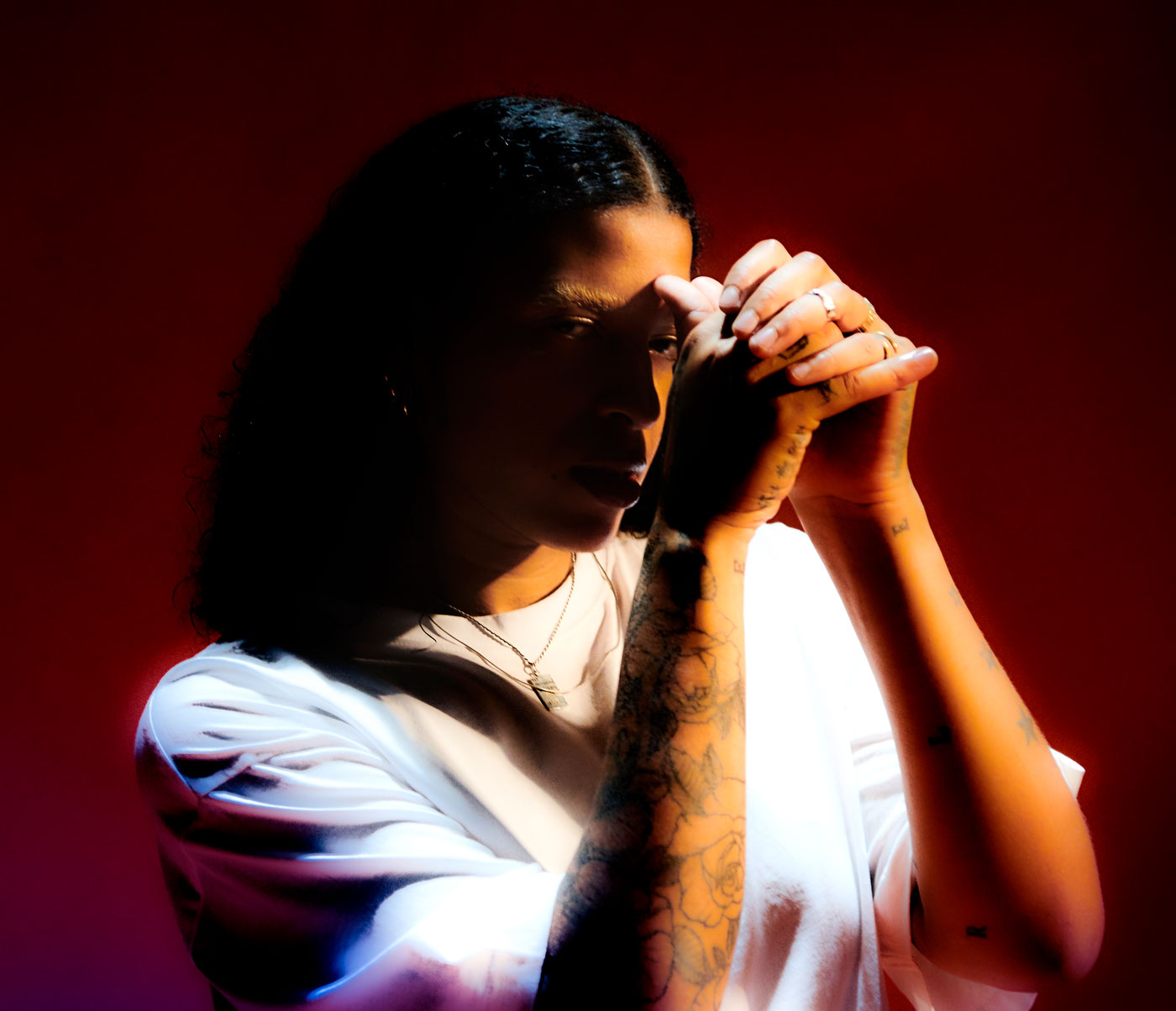 With music, performance art, and film, Soraya Lutangu Bonaventure is attempting to materialize feelings dwelling between empathy, mourning, togetherness and celebration. Her practice allows the creation of practical and speculative languages while finding new ways to belong in the culture continuum of Otherness.
By addressing questions of displacement and the diasporic imaginary within a decolonial context, Bonaventure builds expressive systems of repairs that value the poetic notions of Blackness, queerness, technology, and spirituality.

In 2019, encouraged by a global accolade regarding her work in both underground and institutional spaces, Bonaventure decided to broaden the spectrum of her practice by creating Eternal, a cultural company based in Geneva. The mission of Eternal is to facilitate dialogues themed on the diasporic imaginary by conducting researches, documenting experiences and producing performances allowing actors of the African and European diasporas to connect, and identify opportunities of creating meaningful conversations.

Eternal recognises that dance is memory performed by bodies, and aims to develop further this avenue in the Swiss cultural landscape, to become a vibrant part of the cross-cultural exchanges.

Her debut single “Complexion” was released on NON Worldwide in 2016. The following year, Bonaventure released on the New York label PTP her debut EP “FREE LUTANGU”, followed by “MENTOR”, released by the famed UK based label Planet Mu. Bonaventure’s frequent collaborators include Hannah Black and Ebba Fransen-Waldhor with whom she created the ever-growing piece “ANXIETINA” that was presented in major institutions such as ICA & Chisenhale Gallery in London, MoMA PS1 in NYC, the MuMOK museum in Vienna, the Centre Pompidou in Paris and as part as the Berlin Biennale. In 2019, she co-conceptualized and performed the theatre piece “Close Friends” at the TU, in Geneva. Immediately after, she joined Korakrit Arunanondchai and Boychild on a new iteration of their durational collaboration titled “Together”, commissioned by the Biennale Performa, NYC. Based in Kampala since November 2019, she is now developing a hybrid theatre/dance piece called “Taking Care of God”, produced by the Arsenic Theatre (Switzerland) in development at The Uganda Museum (Uganda). In 2019, She was awarded a “Swiss music Prize” for the body of her work. Her show “Window Seat”, created in collaboration with Alfatih opened at Fri Art Kunsthalle in the spring of 2021.