Join director of Counterflows Alasdair Campbell in discussion with Quinie (Josie Vallely) about her 2021 commission for the festival. As part of the event Josie will be sharing with us a screening of a short film of her piece ‘Thyme Piobaireachd’, which was commissioned by Cafe Oto’s Takuroku Label. Building on the work Josie was exploring during last year’s Counterflows Festival before its cancellation, the film lends particular focus to the vocalisation of Scottish piping traditions. Working in collaboration with percussionist Laurie Pitt on snare drum, Josie explores the solo voice in dialogue with the compositional structure of the Piobaireachd.

Filmed earlier this year by Simon Worthington and Recorded by Stevie Jones, this will be the world premiere of the short film.

The event will be closed by a reading from Roshni Gallagher. Roshni is a poet and writer who contributed a poem to the ‘Every year in cycle’ zine. Her work explores themes of identity and place. 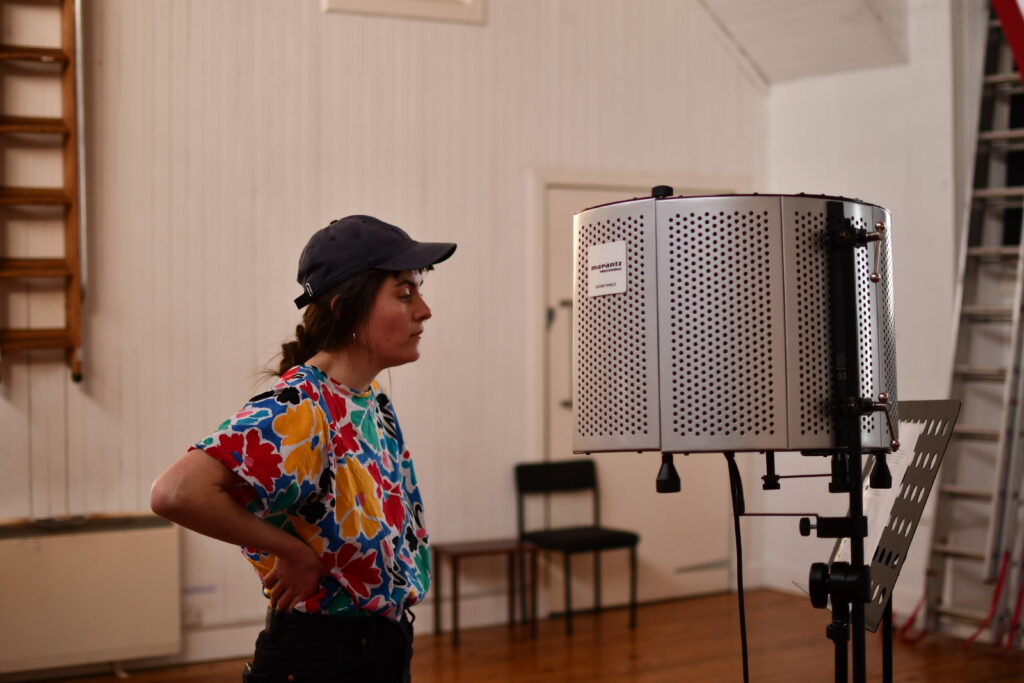 Quinie, aka Josie Vallely, is based in Glasgow. She sings primarily in Scots, with a style inspired by the traditions of Scottish Traveller singers Lizzie Higgins (1929-1993) and her mother Jeannie Robertson (1908 –1975). Read more →